Have you thought about the possibility of following the 2016 UEFA European Championships around France, via motorhome?

The 2016 UEFA Euros draw at 5pm. Today is fast approaching and fans from England, Wales and Northern Ireland and 21 other European countries! They all have their eyes on The Palais de Congres— where the draw takes place.

If you’re planning to attend a variety of matches, or thinking about visiting France to immerse yourself in all the football fever during the 2016 UEFA Euros next year, then travelling by motorhome could be the convenient and affordable option that you’ve been looking for…

Just imagine, you won’t have the hassle of packing and unpacking or moving from hotel to hotel — simply unplug the motorhome’s electric lead, start her up and head for the next destination. 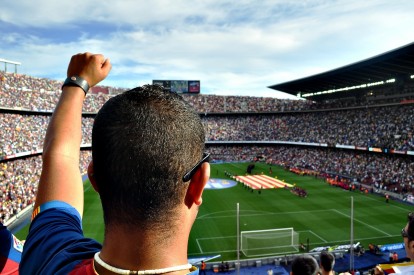 For the first time the 2016 UEFA Euros tournament is being contested by 24 teams! Instead of the usual 16, so there will be plenty of action. Games will be situated in ten stadiums around France in Lille, Lens, Paris, Saint Etienne, Lyon, Bordeaux, Toulouse, Marseille and Nice.

The Motorhome Travel Agency specialise in package motorhome holidays. Currently, we still have motorhomes available for the 2016 UEFA Euros. So let us help you escape to the beautiful country of France and experience local French culture, food and see some of the sights as well as enjoying the live action of your favourite team.

Also, we will book your Eurotunnel or ferry, plan your route and book your campsites. All from £45 per person per day. It couldn’t be easier.